Connecting companies with the best IT talent they need 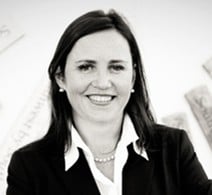 Helena Immelman - Director of Capital H
Helena holds a  B.Comm. (Honours) from Stellenbosch University and is also a certified IT and Internal Auditor.

Helena started her career in finance, as a financial accountant at the head office of Remgro for a number of years. She then spent six years with PricewaterhouseCoopers (PwC) as a Manager in the Systems and Process Assurance Division in Cape Town and was on various secondments to PwC Brussels in Belgium.

Helena joined Fraxion, a Cape Town-based Software Development Company in 2006, as Senior Project Manager and then later became Head of Professional Services. During this time, she became aware of the need for IT recruiters, with IT industry experience and technical insight. As a result, Capital H Staffing and Advisory Solutions was established in January 2012. 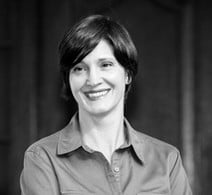 Ursula Bekker -  Recruitment Consultant
Ursula has a degree in Industrial Psychology from University of Johannesburg (RAU) and a post-graduate diploma in Advertising and Marketing (AAA).

Her working experience spans more than 20 years, with industry experience from Financial Services to Professional Services and even Mining. She has worked for both South African and Australian organisation such as: Gencor, Siemens, Old Mutual Asset Managers and PricewaterhouseCoopers (PwC Sydney and Cape Town). Her career path grew from forex back-office clerk, sales promotions manager, marketing assistant and finally as a knowledge driver for the global IT practice at PwC.

She believes that she has come full circle at Capital H and is finally applying her undergraduate degree with knowledge management in IT, across various industries. 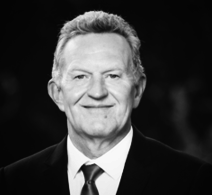 Willem Immelman -  Consulting Headhunter
Willem has more than 30 years’ experience in IT Strategy, Systems Analysis, Design, Development and Implementation and works in association with Capital H.

Willem started his career as a Programmer at Gold Fields South Africa programming in COBOL and Fortran. He then moved to ASD (Application Systems Development) as Systems Analyst, specialising in Distribution, Manufacturing and Financial Systems. Willem was appointed as General Manager IT at XPS Couriers in 1987 where he spent 6 years as Head of IT developing and implementing Parcel Tracking Systems as well as running all the IT operations. He then moved to Cape Town in 1992 and spent 20 years with Woolworths as Head of Supply Chain Development & Shared Analytics. In this role he re-engineered the Foods business acting as Program Manager, implementing new Processes, Systems, Distribution Infrastructure and Materials handling capabilities. He also managed the Clothing & Home Logistics Operations during this time.

Willem holds a Diploma in Datametrics from the University of South Africa and a Certificate in Information Systems Management from the Graduate School of Business at UCT.